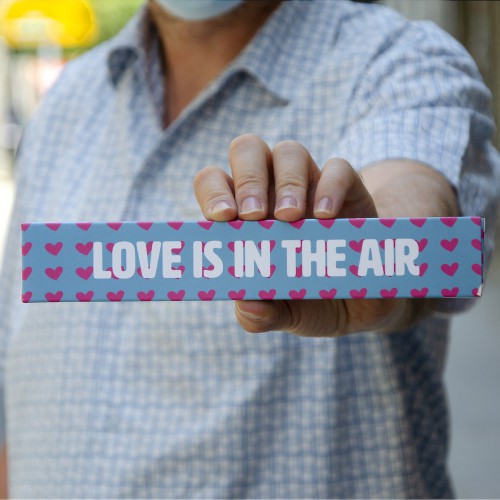 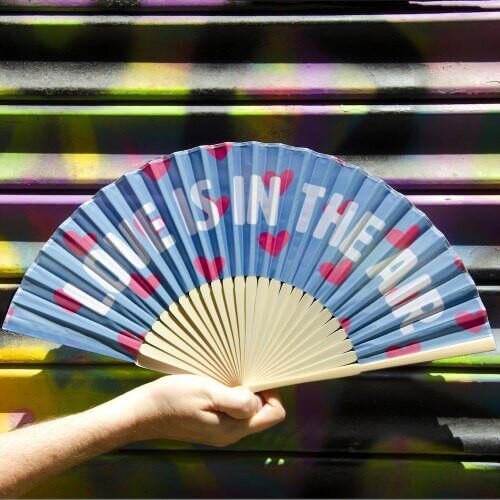 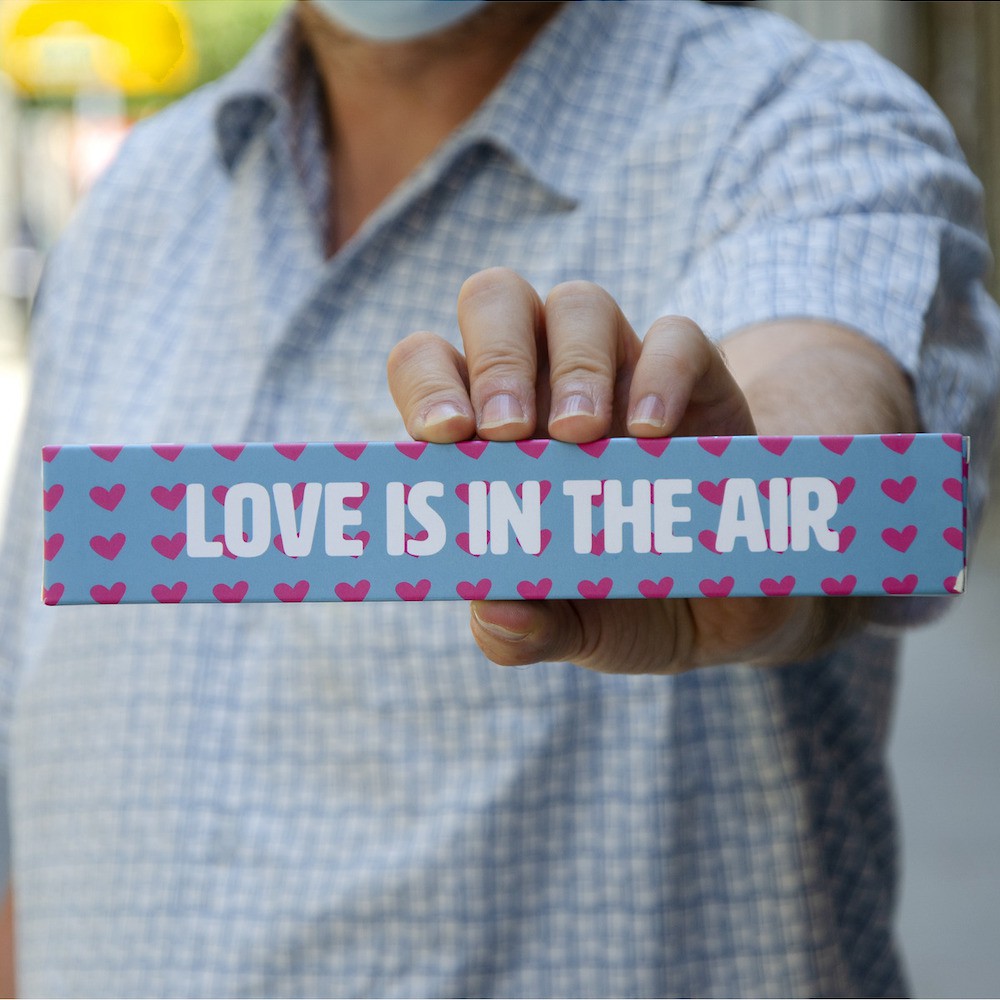 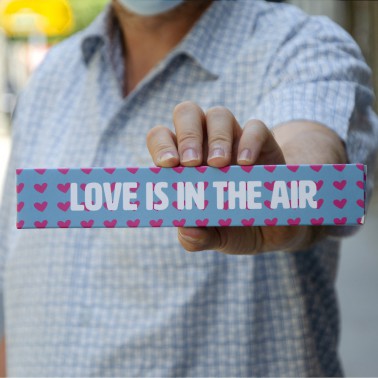 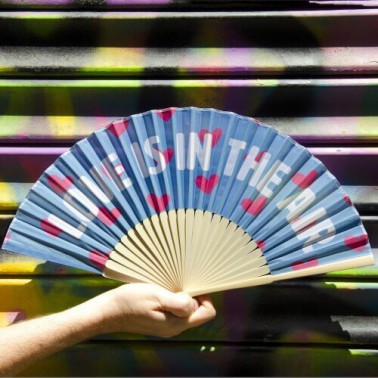 Abanico Original "Love is in the air"

Fight the heat with style, color and without increasing your carbon footprint with this fan with the message Love Is In The Air, the 1978 disco hit, and a pink heart print designed by Muak Studio for Millimetrado.

Al Fresco fans are made with bamboo, a highly sustainable material as it is the fastest growing plant on the planet and because it does not require the use of pesticides or chemical fertilizers in its cultivation.

It was already used in the manufacture of the first folding fans in Japan in the 7th century. The Portuguese introduced them to Europe in the 15th century via the Silk Road.

They were expensive objects, made of expensive materials and used by the aristocracy. They were an essential accessory in the etiquette of the European courts. Until the beginning of the 20th century, the fan was used by both women and men, who carried small pocket fans. The language of the fan is a secret code that was created for young people to communicate with their suitors at social gatherings so that their carbine (their mother or an elderly woman who accompanied them) would not find out about the messages they exchanged.

It includes a brochure with some signs of the language of the fans.